The choice of which to buy is a completely personal decision. As having a watch is a new introduction in your life on your body, and is a very personal accouterments. The purpose of this article we have today is to help you to learn how to make the decision of what watch to buy and this will not be easy if you don't know the types of watches out there and their advantages and disadvantages. 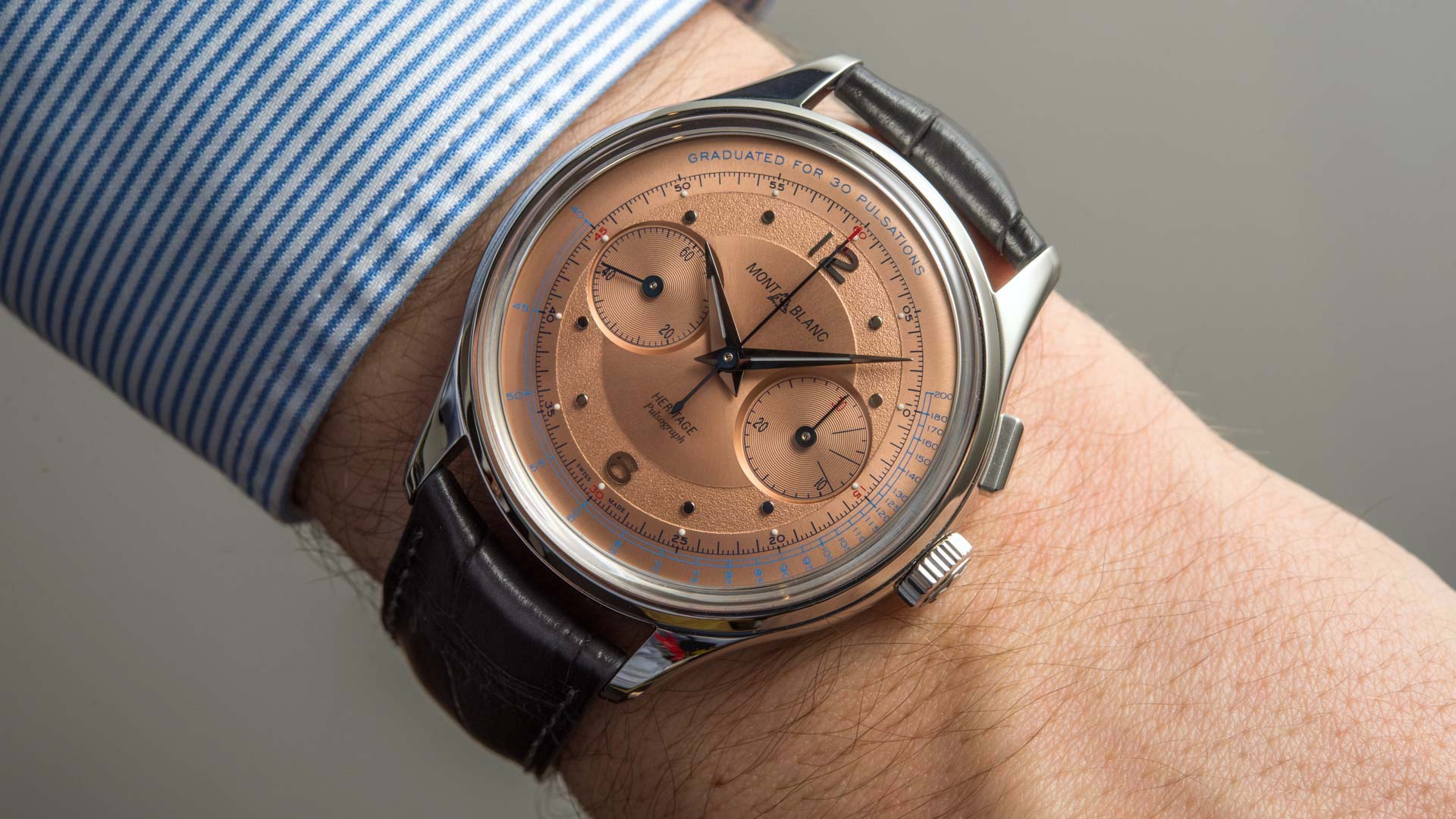 The chronograph is the most popular and recognizable watch complication. A chronograph watch is a valuable tool that can be used to time a wide variety of events like cycling or car racing. A watch with the chronograph function typically has a centrally mounted independent sweep second hand that can be started, stopped and returned to zero by pressing the watch’s pushers. Chronograph watches range from simple stopwatch models to watches with multiple sub-dials that measure seconds, minutes, hours or even tenths of a second. Efforts to produce diving watches that could be worn underwater go all the way back to the 17th century. Successful diver watches first began to be produced for explorers and adventurers in the 19th century. These early water-resistant watches were usually custom made for each individual customer and were quite expensive. 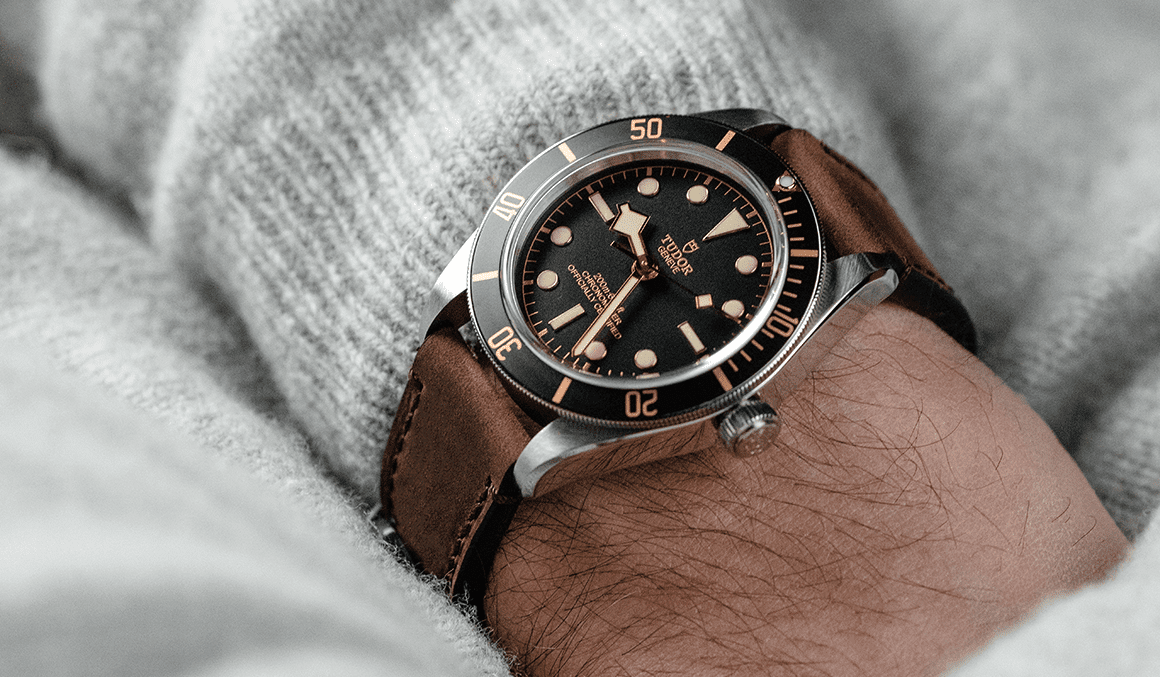 Buy Diver WatchesIt wasn’t until the 1930s that diver watches became a commercial success. The first commercial water-resistant dive watch was officially certified by the Swiss Laboratory for Horology in Neuchâtel, Switzerland to be able to withstand a pressure of 443 feet without leaking and this quickly caught the attention of navies and professional divers around the world.

Fashion reflects the popular styles of today and guides the trends of tomorrow. Caring about fashion in the 21st century is more than keeping up appearances. Fashion allows an individual to express the type of person he or she is. Even someone who disregards fashion inevitably makes a fashion statement; like it or not, personal style speaks volumes about who you are, and whether it is expressed through a haircut or tattoo, a handbag or wristwatch – what you wear, how you wear it and why relays a lot of information about your personality. Some smartwatches' manufacturers also take care of design to grab their customers' attention. 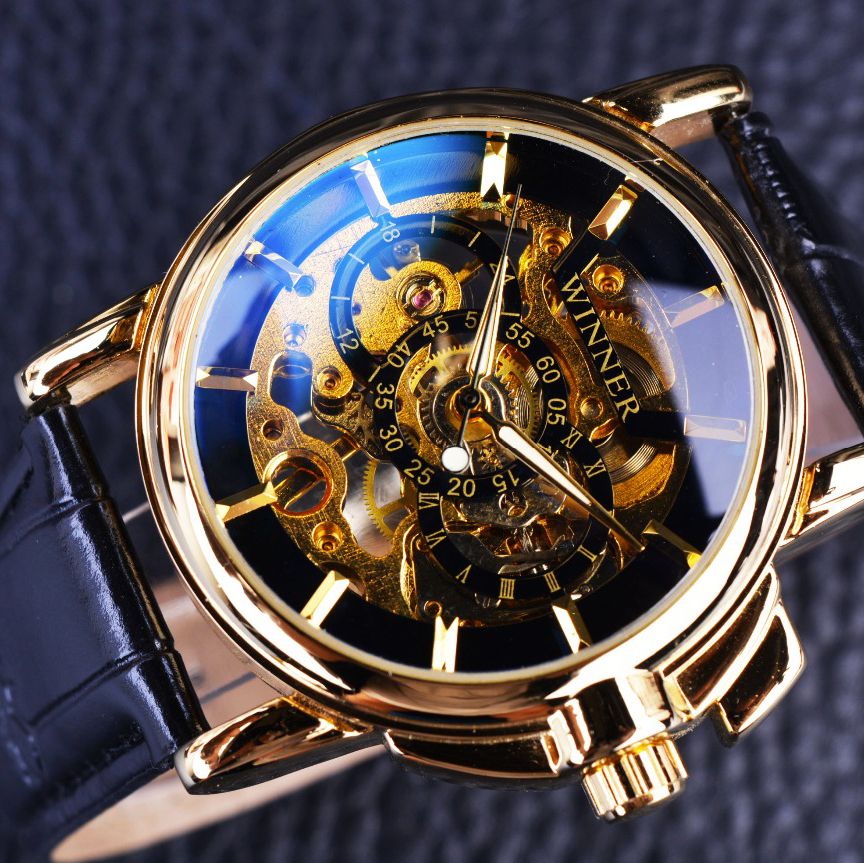 The importance of fashion in Italian culture dates back hundreds of years, particularly to the period between the 11th and 16th centuries when Italian artistic evolution reached a pinnacle. One need simply mention the names of such Renaissance artists as Da Vinci, Michelangelo, and Botticelli to grasp the creative relevance of those formative years. This overwhelming artistic growth inevitably spilled over into the realm of bespoke tailoring and other fashion-related goods including cosmetics, jewelry, and fashionable watches. 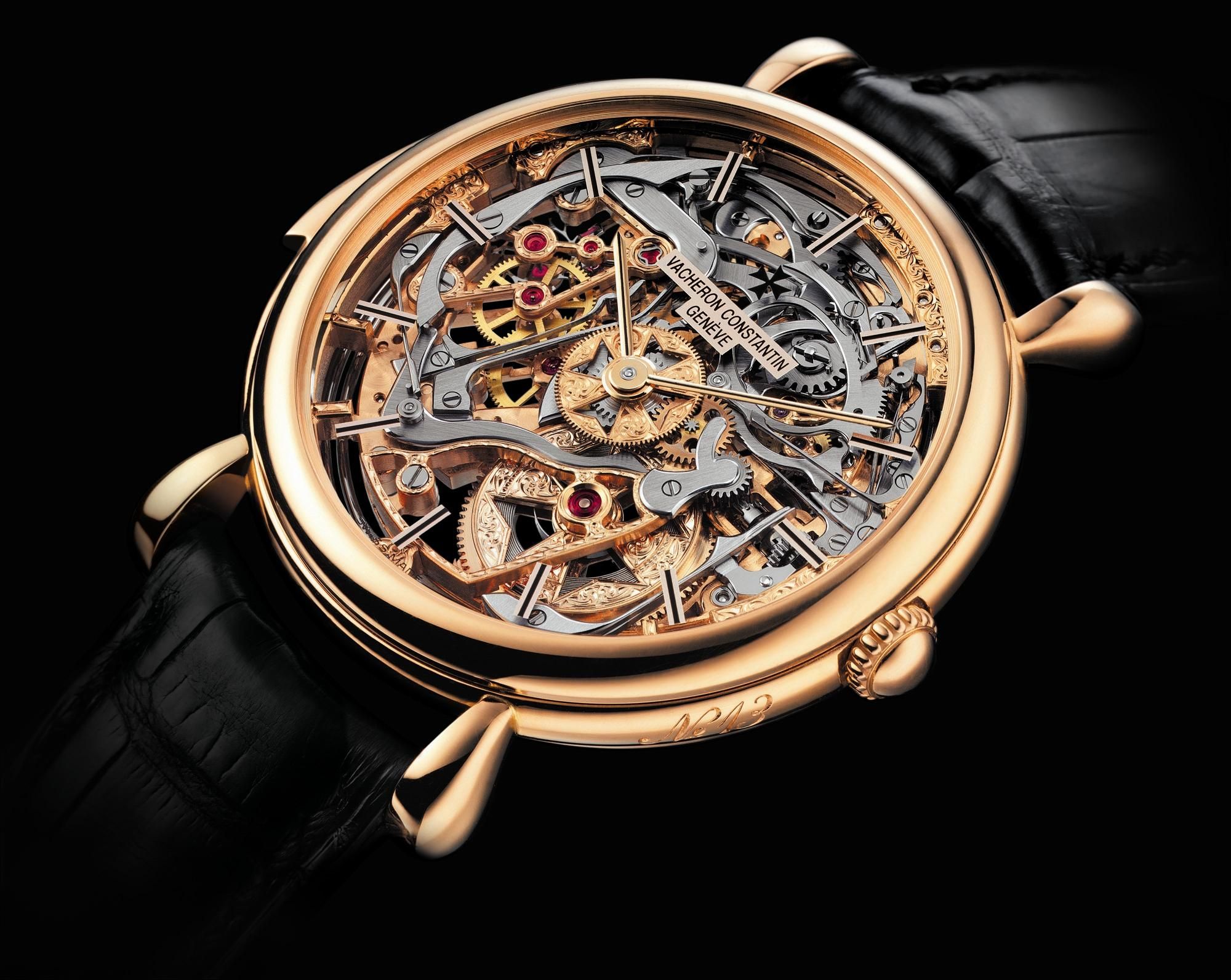 Large watches are in. Now that the wristwatch has become a fashionable line, size has become just as important as color, style, and choice of materials when selecting a timepiece. People are wearing bigger watches for a wide variety of reasons. For starters, men and women are dressing more casually these days. When you’re wearing sporty looking jeans, polo shirts, and sneakers, you naturally want to wear a timepiece with similar styling. As a result of today’s more casual styles, the popularity of diver watches, chronographs, pilot’s watches, and other sports watches has grown dramatically. These sports watches have always been larger than dress watches, and now they have become more popular as well.

You could argue that there have been luxury watches since the 1500s when people first began wearing their own timepieces. These first timepieces were certainly luxuries. They were entirely handmade and their elaborate ornamentation put them out of reach for all but heads of state and nobility.

By the 1600s, watchmakers had learned to make watches smaller and it became fashionable for successful businessmen to carry one of these timepieces in their pocket. Early pocket watches were still handmade, however, and quite expensive. The pocket watch was still a luxury for the very rich.

When quartz watches were first introduced in the 1960s, many people thought that traditional mechanical watches would become obsolete. Exactly the opposite has happened. In recent years, mechanical watches have enjoyed a remarkable renaissance. Today, exciting new mechanical designs appear every year at Basel-world and consumers have never had a better selection of fabulous mechanically powered timepieces to choose from.

Basically, all mechanical watches have the same internal parts and work the same way. A coiled mainspring powers the watch. This spring is attached to a geared barrel that drives a series of small, geared wheels that rotate to turn the hands. The speed of this gear train is controlled by a balance wheel that oscillates back and forth, moving an escapement mechanism that moves the gears in precise increments. This movement allows the hands to indicate the correct time on a dial that is usually marked in twelve-hour increments. It is the movement of the escapement mechanism that creates the familiar ticking sound of a mechanical timepiece.

A quartz watch is a watch that uses an electronic oscillator that is regulated by a quartz crystal to keep time. This crystal oscillator creates a signal with very precise frequency, so that quartz clocks are at least an order of magnitude more accurate than mechanical clocks. Generally, some form of digital logic counts the cycles of this signal and provides a numeric time display, usually in units of hours, minutes, and seconds. The first quartz clock was built in 1927 by Warren Marrison and J. W. Horton at Bell Telephone Laboratories. Since the 1980s, when the advent of solid-state digital electronics allowed them to be made compact and inexpensive, quartz timekeepers have become the world's most widely used timekeeping technology, used in most clocks and watches, as well as computers and other appliances that keep time. 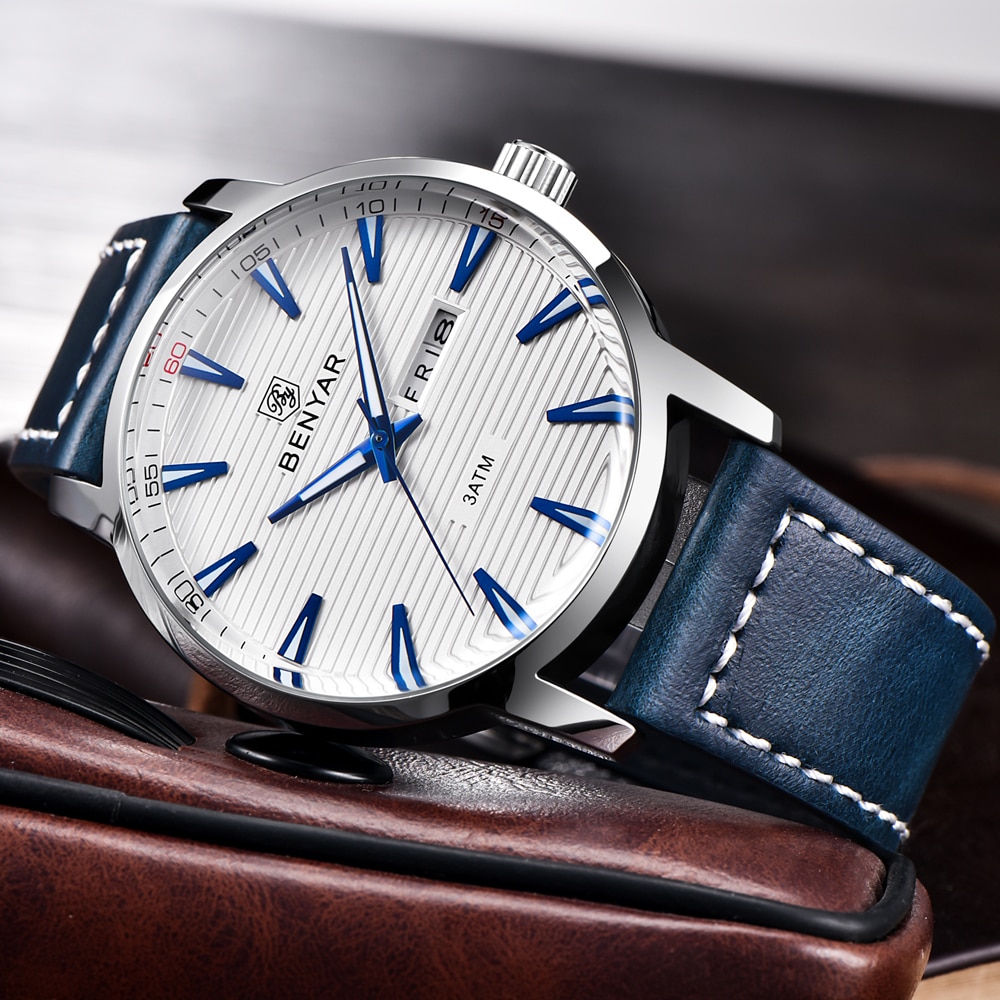 Today; runners, cyclists, sailors, and mountaineers all depend on sports watches. To meet today’s needs, modern sports watches have evolved to incorporate a wide variety of functions, such as heart rate monitors, altimeters, barometers, compasses, and GPS tracking. Modern sports chronometers feature sophisticated lap-timing capabilities and some aviation watches even allow you to compensate for wind speed. Basically, anything that a sportsman needs to measure can be measured with a modern sports watch.